This is awkward, but…how’s your present?

Wow. You’ve overcome so much!

But your “present”? It’s not so sexy to talk about where you are right now. In fact, it’s quite awkward. And I’m convinced awkward conversations need to be had.*

It’s not cool to say,

“That thing that we talked about last week…I messed up again.”

It’s humiliating, really. It’s like saying, “I know I told you I was headed to Nashville, but somehow I ended up in St. Louis. You told me to turn left, but I just went right.” Silly, no? Turns out they didn’t listen to directions, look at their map, or heed the signs that said, “Nashville, turn left.” And they did this for 450 miles.

Talking about your present struggles is like swallowing a spoonful of medicine. You know it’s going to help, but it tastes rancid going down.

Talking about your present struggles admits, “I’m not where I need to be,” “I’m not who I appear,” and, “I don’t really know how to get where I want to go.”

The beeline to shame

Where we go wrong when someone begins “talking about their present” is that we make a beeline for shame. Instead of the Prodigal’s father, we play the role of the older brother (Luke 15:28-30). Our arms are crossed and our head swiveling back and forth in judgment. We say things like “How are they going to ever learn?” or “Someone’s got to give them the truth.” or “If they’d only followed God like me…” We think it’s our job to convict their hearts with the truth.

When we’re quick to convict, we inadvertently shut down a potentially life-changing moment of confession.

The good news about grace is that grace doesn’t keep a record of how many times you’ve messed up. In fact, “where sin increased, grace increased all the more.” (Romans 5:20) Grace celebrates a step in the right direction. Even when it’s followed by two steps backwards.

Grace doesn’t mean that you become a doormat that’s walked on. It means you welcome someone home when they “talk about their present.” More than likely, conviction’s already happened. (hint: that’s why they’re talking with you!) Your role isn’t to convict…you can let the Holy Spirit do that. He’s better at it than you are, anyway. What someone needs, in their moment of taking a step of faith by saying, “I’ve messed up…again” is a “welcome home!” embrace.

Next time someone opens up an awkward conversation by sharing something they’re counting to struggle with, try being full of grace. Try showing them that we serve a God who never leaves or forsakes us (Deuteronomy 31:6), even when we’ve followed a stupid decision by a stupid decision. In those moments, you’ll find that truth acts more like a weapon.

On Grace, truth, & not being a jerk

You’re better off maintaining a friendship than winning a theological argument.

Some people view that statement as an attempt to comprise the truth. Let it be known: that was never my intent.

I want to balance grace and truth. And I think that means a few things.

How to balance grace & truth

1. Don’t be a jerk. Even if the truth you espouse is rooted in the Bible.

3. Know who you’re talking to. “Exegeting” your audience is key. Seminary students are not the same audience as the barista behind the bar at your local coffee shop.

4. Stand for truth. Don’t compromise. Balancing doesn’t mean you have to callous your convictions.

5. Be patient with people. How long did it take you to arrive on the theological camp where you now reside?

6. Be humble. Even when you know you’re right.

7. Remember that destroying a relationship leaves no chance of redemption. I’m not downplaying God’s sovereignty here…if God wants to save them, we can’t stop him. Are there times when people part ways and don’t do ministry together? Sure. Are there times when beliefs cause us to head in different directions? You bet. But destroying a relationship isn’t wise or redemptive.

Balance. Fight hard for both grace and truth.

And the Word became flesh and dwelt among us, and we have seen his glory, glory as of the only Son from the Father, full of grace and truth. – John 1:14, emphasis mine

Which do you tend to gravitate more towards: grace or truth? 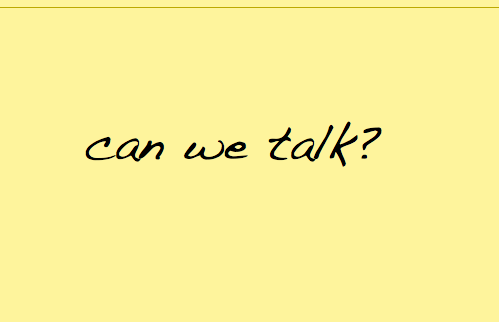 Confession 1: I’m not a huge fan of American Idol.

Confession 2: I kind of like the first few weeks of auditions.

It’s probably completely the sinful side of me that enjoys those awful auditions that make our ears bleed. Oftentimes though, I’ll watch the first few weeks of a season then check out once the competition officially begin.

I watch as people who think they can sing like an angel crash and burn in front of 3 judges and millions of TV viewers. As the hour progresses, I’m struck by a strange combination of emotions, wanting to laugh, cry, and scream at my TV all at the same time.

The whole time I’m wondering why so many of these people’s friends told them that they were good. You know that they didn’t arrive at this conclusion all by themselves. Someone else must have told them, “Umm…yeah, that’s good. You should try out for American Idol!” Or, “You’ll really go somewhere with that voice.” Or, “Yes, you are a superstar!”

I began to wonder if we try to do similar things in “community,” encouraging people where they’re not gifted. Praising people when they don’t need to be praised.

In the short-run, it’s easier to choose a ‘white lie” and preserve the peace than to find a way to lovingly speak the truth.

Helping people understand their gifts is vital to the success of any leader. But don’t lead them to believe they’re awesome in something that they’re not. Speaking the truth in love (Ephesians 4:15) to those you participate in community with is a difficult thing to do. But it’s incredibly honoring as you seek to help someone improve a gift they’re using. Your words are setting them on a path to utilizing their gifts, not just embarrassing themselves with it.

Gifts are like muscles…they need to be exercised in order to be effective. Sometimes exercise has to start with a little honesty. And honesty is best received in the context of healthy, authentic, loving community.

A curious thing about worry 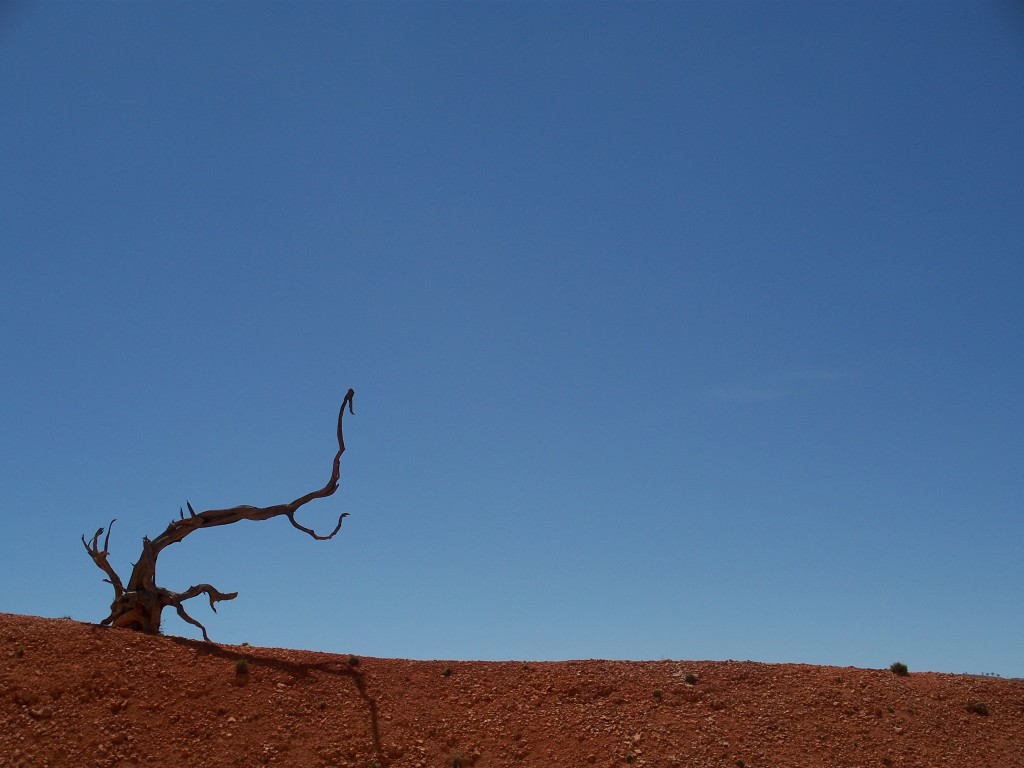 Worry is a curious thing.

We think we can buy our way out of it.

We think we can think our way out of it.

We think we can outlast it.

We think we can out will-power it.

We think we can beat it.

But in the end, it will beat you.

In the end, it will destroy you.

In the end, it will dominate every area of your life.

In the end, it will leave you afraid.

In the end, you’ll be its slave.

Worry withers under the burden of Hope.

And if God cares so wonderfully for wildflowers that are here today and thrown into the fire tomorrow, he will certainly care for you. Why do you have so little faith? – Jesus (Matthew 6:30)

Doing the same things over and over again bores me (see what I mean HERE)…which is why I’m trying this new 11-word series out.  If you’d like to catch up with this series, click HERE.

Without love, Truth is

I’m reading the book Think Orange, by Reggie Joiner, and find much of it fresh and challenging.  I thought I’d share this with you.  I love what Reggie has to say in this quote (taken from page 136).  It’s kind of long, but worth the 3o seconds it will take you to read it.  Just trust me.

“Up until the sixteenth century, carrots were grown in a variety of hues: red, black, yellow, purple, and even white.  There were no orange carrots until the seventeenth century when some Dutch growers began feeling patriotic.  In honor of their king, William of Orange, they married some yellow and red carrots to produce our modern day orange carrots.

I imagine there must have been some orange-carrot skeptics in the beginning.  They were probably overheard saying things like, “These can’t be true carrots,” or “Carrots aren’t supposed to look like that,” or “Those are not the kind of carrots my parents ate.”  Nevertheless, the color of carrots changed forever.  But here’s an important point: Changing the color of carrots did not alter the fundamental nature of the carrot.  In other words, orange carrots were just as nutritious as black carrots.  The only real difference between the two was that more people were willing to eat orange carrots than black ones.

If you knew more kids and students would engage in what you teach if you packaged it differently, would you?  Would you color it orange if more kids would listen?  Before you start using phrases like “watering down the truth” or “not deep enough,” just remember you can change the color of something without compromising its nature.  It doesn’t mean you weaken your message just because you focus on what your audience needs.

What do you think?  Can we change the way we present the Truth (or the way that we “do church,”) without altering the Biblical message?