This is awkward, but…how’s your present? 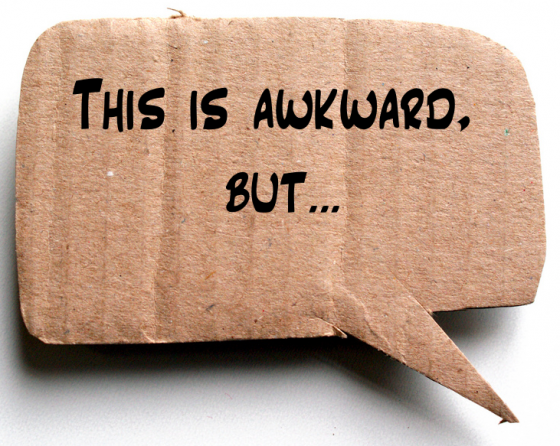 Wow. You’ve overcome so much!

But your “present”? It’s not so sexy to talk about where you are right now. In fact, it’s quite awkward. And I’m convinced awkward conversations need to be had.*

It’s not cool to say,

“That thing that we talked about last week…I messed up again.”

It’s humiliating, really. It’s like saying, “I know I told you I was headed to Nashville, but somehow I ended up in St. Louis. You told me to turn left, but I just went right.” Silly, no? Turns out they didn’t listen to directions, look at their map, or heed the signs that said, “Nashville, turn left.” And they did this for 450 miles.

Talking about your present struggles is like swallowing a spoonful of medicine. You know it’s going to help, but it tastes rancid going down.

Talking about your present struggles admits, “I’m not where I need to be,” “I’m not who I appear,” and, “I don’t really know how to get where I want to go.”

The beeline to shame

Where we go wrong when someone begins “talking about their present” is that we make a beeline for shame. Instead of the Prodigal’s father, we play the role of the older brother (Luke 15:28-30). Our arms are crossed and our head swiveling back and forth in judgment. We say things like “How are they going to ever learn?” or “Someone’s got to give them the truth.” or “If they’d only followed God like me…” We think it’s our job to convict their hearts with the truth.

When we’re quick to convict, we inadvertently shut down a potentially life-changing moment of confession.

The good news about grace is that grace doesn’t keep a record of how many times you’ve messed up. In fact, “where sin increased, grace increased all the more.” (Romans 5:20) Grace celebrates a step in the right direction. Even when it’s followed by two steps backwards.

Grace doesn’t mean that you become a doormat that’s walked on. It means you welcome someone home when they “talk about their present.” More than likely, conviction’s already happened. (hint: that’s why they’re talking with you!) Your role isn’t to convict…you can let the Holy Spirit do that. He’s better at it than you are, anyway. What someone needs, in their moment of taking a step of faith by saying, “I’ve messed up…again” is a “welcome home!” embrace.

Next time someone opens up an awkward conversation by sharing something they’re counting to struggle with, try being full of grace. Try showing them that we serve a God who never leaves or forsakes us (Deuteronomy 31:6), even when we’ve followed a stupid decision by a stupid decision. In those moments, you’ll find that truth acts more like a weapon.

Theology, This is awkward

Why we love the hammock