In basketball, there’s a concept that’s vital. And it’s something that’s rarely seen by the person unless they’re watching intently. The casual basketball viewer won’t see it, because the casual viewer watches the ball. The ball is where the action happens. Scoring, passing, steals, and blocks all happen AT the ball.

But what happens away from the ball is often just as important. 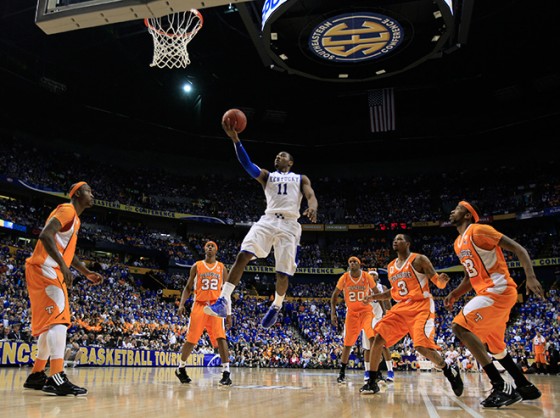 It’s a concept called “moving without the ball.” It’s pretty self-explanatory, but just for the sake of clarity allow me to explain in further details.

If you don’t move without the ball

The same is true in ministry.

Moving without the ministry ball

There are times when you, in your role, have “the ball.” These are the busy seasons of ministry, when the spotlight is on. For me, this happens during small group signups and launches. It happens during our church-wide alignments. During these seasons, it’s all-hands-on-deck for our team.

But for the most part, I don’t have the ball. It’s apparent “down time.” And if I don’t move, plan, strategize, recruit, train, and mobilize, when the ball’s passed to me I’ll be caught flat-footed. I’ll be left behind. The infrastructure won’t be ready, the plan won’t be in place, and my heart won’t be in the place it needs to be.

That’s why the casual church observer thinks pastors just work one day/week. Because our “time with the ball” seems like a waste of time. All the casual church observer sees is the time when we’re in the spotlight, highlighting our ministry, getting people into serving and growing, preaching, teaching, and executing. They don’t always realize that executing at the right time in the right way is loaded with lots of “moving without the ball” times.

If I don’t work to prepare myself spiritually, either, I’ll be dead in the water. I’ve got to spend time allowing God to refresh, recharge, and equip me for the work ahead.

That’s why I read books, meet with other pastors, and go to conferences like Re:Group (which is a must-attend event, by the way. To get a behind-the-scenes look at one of the healthiest small groups ministry will help you strategize, and become better in your local context).

Strategize, shift, train, recruit, and prepare. Because the ball’s coming your way.

A change for the Reed family