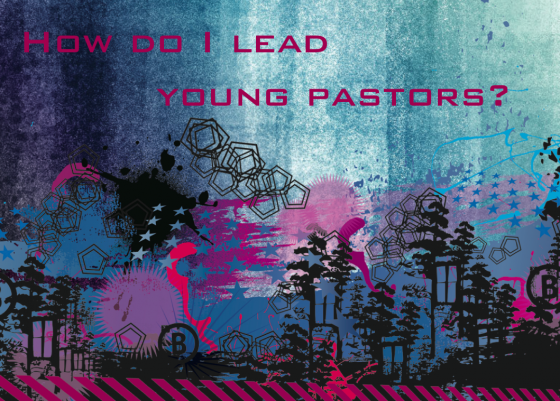 I serve on staff with a team of young pastors. I love the guys and girls I get to do ministry with.

Our lead pastors (Ron Edmondson and Chad Rowland) know how to lead younger pastors unbelievably well. In fact, one of our pastors, Ron Edmondson, wrote a post yesterday on raising up young leaders that articulates some of the practices he uses with guys like me.

Here are some important principles I think will help older leaders to guide us young guys well.

Quit telling us what to do.

Nobody wants to be micromanaged. Especially high calibre leaders. The more you direct our every step, the more we’ll balk at your leadership. Lead us by doing hard, creative, meaningful work with character. Instead of telling us what to do, do the work and invite us into the process of planning, dreaming, and scheming you go through.

Quit telling us who to be.

With the advents of the internets, we have access to the greatest leaders, the most prolific communicators, and the sharpest minds in the world. We’re following a plethora of high-quality leaders through their podcasts, blogs, books, and webinars. But we don’t have access to other pastors’ lives like we do yours, working alongside you week after week. Instead of telling us who to be, model for us who we could be if we were to fully flesh out our God-given gifts.

Quit telling us “the why.”

We get your vision. In fact, that’s one of the major reasons we decided to work for you…we, at some level, bought into the vision. But if we’re constantly poking holes, asking questions, and stretching the box, we don’t need to hear “the why” again. More than likely, it’s “the why” that we’re questioning. Instead of telling us “the why” once again, let us help you see if there’s a better “why.”

We’re capable of more than you expect. Throw projects, concepts, and ideas our way, and give us the freedom to accomplish those in a way different than you may have initially drawn up in your mind. Raise the bar. We’ll rise to it. Instead of expecting decent work, expect us to blow you away.

Quit telling us only what you’re disappointed with.

We need to hear where we need to improve. But we also need to hear which decisions we’re making are making an impact. The more you share the negative things exclusively, the less we’ll come to you for advice, wisdom, and counsel. Instead of telling us only what you’re disappointed with, give us consistent feedback.

If you want to lead young pastors well, stop “telling” us. Instead, lead us.

This is costly in the short run, but costly not to in the long run.

Start giving young pastors the chance to do things differently.

This means you may have to bend on the details of how you thought your vision would be accomplished.

Start giving young pastors the chance to stretch the box.

Change may be difficult, but box a young pastor in and you’ll suffocate them.

Start giving young pastors a seat at the leadership table, even when they haven’t earned it.

This is a move that will enstill confidence in younger pastors, and give them the chance to flesh out creative ideas. It also helps us see what it takes to be more influential in our leadership.

We young pastors may be a bit idealistic. We may be a bit rough around the edges. We may be quick to decide things you’d rather ponder on. We may be slow to move on something you’re ready to pounce on.

The bottom line is that we need to be led.

Do you serve with young leaders? What am I missing?

On golf, discipline, hypocrisy, and community

Excuse me, your Gospel zipper is undone