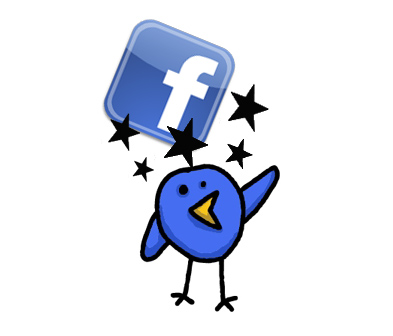 I’ve been on Twitter now for nearly 3 years.  On day 2, I linked them.

So what I said on Twitter, I also said on Facebook.  Why would I not do that…it’s a no-brainer, right?

Killing two birds with one stone.  With one text message, blasting the exact same message on Twitter and Facebook…it seemed that this was a great idea!

But over time, I’ve realized that it wasn’t.  It actually could have damaged my brand if I’d kept them connected much longer.

“Everybody that follows you on Twitter and Facebook do.”  If they don’t care about your brand (who you are as a person/organization as represented online), they’ll quit following you.  It’s as simple as that.

At the end of the day, Twitter is more about sharing and giving.  Facebook is more about connecting people to my personal life.  And, from time to time, those mesh.  But most of the time, I’ll keep my thoughts separate.

Or decided to un-connect them?

What do pastors have to have?