While I was in seminary, I worked on a ship at the convergence of the Ohio and Mississippi Rivers. It was a different kind of ship than you might be thinking, though. You probably have in mind that I was on a tug boat. Or a transport/cargo ship. Or maybe even a swashbuckling pirate ship.

But it was something different entirely.

It was a coffee ship.

We’d serve lattes to the most hardened, time-weathered ship captains around. As they boarded our ship after a long trip down the mighty Mississippi, we afforded them luxuries most ships didn’t.

A warm toffee nut latte on a cold February morning.

A shot of our strongest espresso on a lonely, nap-inducing, rainy Sunday afternoon.

An iced caramel mocha on one of those oppressingly hot summer evenings.

A steaming hot cup of the blackest, foulest, most bitter cup of black coffee money could buy.

Midshipmen would gather around the bar and sing the songs of the sea, sloshing their caffeinated beverages to the rhythm of their off-key voices.

Others would wearily wander to the front of the ship, taking in the city scape as the caffeine coursed through their tired veins, giving them energy they hadn’t felt in days. Warming them deep inside their souls. Preparing their hearts and their legs to continue their trek onwards to the next port more than 400 miles further downstream.

It was the stories that made the job interesting. Hearing men tell tales of late-night storms that nearly wrecked their ship. Of having to make up time before their next destination. Of having to force men to walk the plank after stealing from the captain himself. 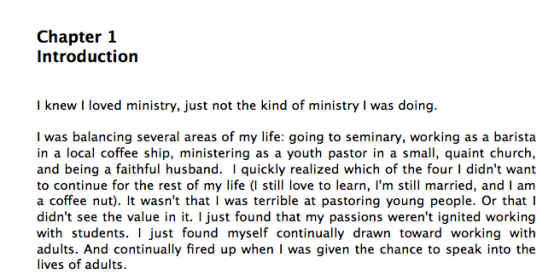 Good thing we read over it one more time.