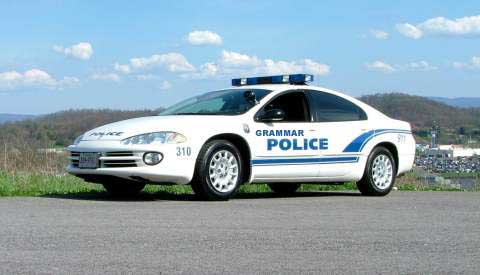 Seriously, I corrected someone once, and it was at that point that I realized that nobody likes their grammar corrected right there on the spot.  Nobody.

But there are certain things that, when I hear them, I want to correct them.  In the moment, I tell myself, “Don’t be a nerd.  Don’t be that guy.  It’s not worth it.”  So indulge me, for just a minute.  Maybe you’ve heard some of these.  Maybe you’ve uttered them.

What phrases bother you?

Are you the “grammar” police?  Say it ain’t so!