I’ve heard some pastors cherry-pick certain sins, finding the biggest, juiciest sins to pick from the tree each and every week. 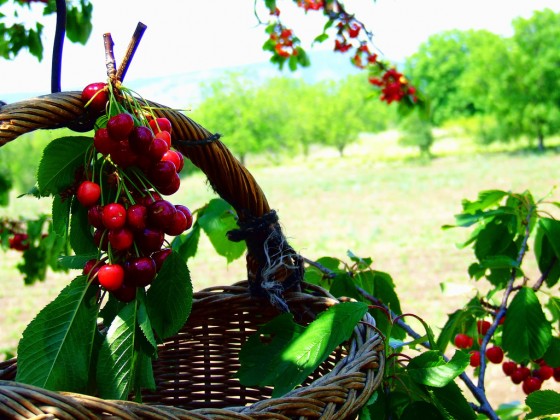 Condemnation against these sins ends up weaving its way into the Sunday experience, whether it’s part of the notes or part of the while-we-are-talking-about-Jude-let’s-not-forget-_____. It’s not that the folly of these sins shouldn’t be exposed. The destructive nature of sin and the contrasting hope of the Gospel should always be proclaimed. But consistently highlighting sins that may be more public in nature or more far-reaching in their implications and natural consequences is a dangerous tactic.

These sins are easy to “pick” on. Much of your church culture finds them offensive and repulsive, and they make for easy cries of “Amen!” in the congregation. You know that if you preach against “that,” you’ll have a room full of supporters. We often think that Paul’s warning in 2 Timothy 4:3  is talking to people who simply want to hear a motivational talk. Maybe, though, their “itching ears” are looking for a pastor who will rail against some sins, but not others. Maybe the 2 Timothy warning is for the cherry-picker, too.

2. You promote a weak theology.

Theologically, when you bang the drum against the same sin, you highlight that sin as if it’s more offensive to God. As if that sin sends you to a deeper level of hell and issue you a stricter punishment. As if that sin is more offensive to a holy God than others. As if God has to muster up a little more grace for others’ sin than yours. Though some sins carry a weightier earthly consequence, it’s shaky ground to stand on when you say that one sin is more evil than another, in the eyes of a holy God.

3. You hide in the shadows.

Practically, you have found a way to justify your own sin. When you consistently highlight someone else’s sin, you minimize your own. What you forget is that when you shine the light on somone else, you inadvertently cast a shadow on yourself, giving yourself room to hide in the darkness. Don’t simply highlight the sin that causes you the most offense. Instead, highlight the sin that you tend to minimize. The one that nobody notices. The one that you’re likely to think doesn’t offend the heart of God quite as dangerously. Highlight your drift towards laziness. Talk about your sin of gluttony. Mention your predisposition to choose people over God by sneaking white lies into your relationships. Drop in your next sermon your increasing impatience with your kids. Don’t hide your sin behind someone else’s.

Quit hiding behind the veneer of “bad” sins. Doing this only makes us look like impotent theologians, out of touch with our own depravity.

Choose authenticity instead. Be open and honest about your past, and current struggles.

In that, you’ll find freedom in being a living, breathing example of the Gospel of grace.

Question: Ever heard a pastor cherry-pick a certain sin time and time again?

The varied hats a pastor wears