I love to run. That’s no secret. I’m among the <.03% of people that actually looks forward to long runs in oppressingly hot, humid weather. I look forward to my feet pounding the pavement, the the breeze (or lack thereof) whipping through the low spots, and the feeling at the end that, though I’m lying on the ground in a pool of my own sweat, I’ve done something significant. Though, in ultimate irony, I arrive at the same place I started.

My son’s developing this love as well. When he sees me getting ready for a run, he gets ready, too. He ties his shoes on extra tightly. Gets his bottle of water squared away. And queues up the songs he wants to hear as we run.

He runs in ~.5 mile stretches. He’ll run ahead of me for a bit, taunting me as he looks back. Or he’ll run right beside me, talking about how much he loves being outside.

Then .5 mile hits, and he gets bored.

So he starts feigning exhaustion. Breathing hard. Retching his shoulders. Slowing down his words as if to catch his breath.

So I strap him in the stroller as we trudge out a few more miles as he jabbers on about monsters, soccer practice, and one of his new-found friends at church.

He wasn’t tired at all! He wasn’t gassed. Wasn’t sore. Wasn’t out of energy.

He just wanted to quit for a while, and he knew what it looked like when daddy was tired. So he did that.

I wonder if we do the same thing in life?

We give up because we get bored. We want something new. Different. Shiny. And what we’ve been doing…well, we’re going to feign exhaustion so we can jump back in the jogging stroller.

And let us not grow weary of doing good, for in due season we will reap, if we do not give up. So then, as we have opportunity, let us do good to everyone, and especially to those who are of the household of faith. – Paul, Galatians 6:9-10

You see what God’s called you to do. You’ve see it more clearly than you ever have.

Because you serve a God that’s bigger than others’ expectations.

You have caught a vision for who God wants you to be. You’ve seen where that idea could lead. You’ve realized who it could impact.

But it’s not shiny anymore. It’s actually kind of boring, and the new smell has worn off. It used to give us energy, but now it feels more like a job.

Obedience is found in doing the right thing, even when it doesn’t feel right. Even when it feels boring, mundane, and work-like.

I believe that adoption is God’s plan, and is a beautiful thing. Which puts me in a much higher % of people.

Two families that I’m friends with (the Hos, adopting from China, and the Montgomerys, adopting from Africa) are going through the process of adoption right now, and are in the final legs of their journey. In order to help with fundraising, they’ve come up with a creative event. On May 11th, 2013, at 8am at The Streets of Indian Lake in Hendersonville, there will be a Run, Walk, or Bike 5K fundraiser for both families.

Will you join me, and help the Hos and Montgomerys out? 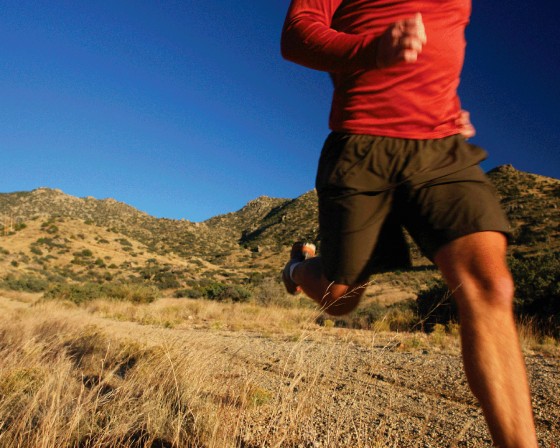 I try not to check my distance too often while I jog, because running is often as much in my head as it is in my feet. I tell my legs what to do…they don’t tell me.

On this particular day, however, I was listening to a podcast, not paying attention at all to how far I’d gone. Turns out I hadn’t even made it out of the neighborhood on my trek to 7 miles.

As I glanced down to see my distance, I realized where I was.

I was at the most depressing part of a jog. The part where I realized I’d just left the house, but I still had a long, long ways to go. I was at the point where you look down to see how far you’ve gone, only to realize that on your ensuing 7 mile jog, you’ve only traveled .5 mile.

The rest of the jog, which took nearly an hour, felt like it took 4 days. Every hill was tougher. Every burst of sun more blinding. Every corner with shade was too chilly. Every puddle deeper.

It was depressing. I felt unproductive. I felt like the journey ahead was too far to go. I felt like I’d never make it.

Which is why it’s never good to measure success on the first half-mile.

Don’t measure the success of your recovery from addiction on the 2nd week, when you feel like you might break.

Don’t measure the success of your small group on the 3rd meeting, when the group still hasn’t gelled.

Don’t measure the success of your new idea on the first person you pitch it to, who tells you it’s dumb.

Don’t measure the success of your spiritual goals at week 4, when you’re still struggling with wanting to want God.

Don’t measure the success of your marriage in month 3 during a fight, when you’re tempted to walk away from it all.

Don’t measure the success of the church you’re visiting on the first visit, when you were frustrated.

Don’t measure the success of your career on your first job, which you struggled to find any satisfaction in.

Success is measured at the end of the race.

I have fought the good fight, I have finished the race. I have kept the faith. – Paul, 2 Timothy 4:7