For a long season, churches focused on relevancy. They wanted to look cooler, sleeker, hipper, and funner than the options that the world had to offer. Take this world and give me Jesus…the cool one with gel in his hair, a tat on his left arm, and when he speaks, LED lights shine through the thick fog that billows around his feet. The one that speaks in catchy phrases, never offends anyone, and focuses on being slick rather than worshiping the King. 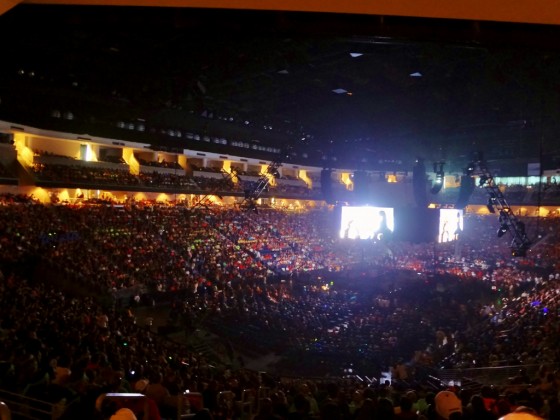 I hope that trend is over.

Not that there’s anything wrong with being slick. Or using LED lights (we use them at Grace). Or having gel in your hair. Please, Lord Jesus, tell me there’s nothing wrong with gel in my hair.

Maybe relevancy shouldn’t be our goal. Maybe we shouldn’t rely on the “cool” and “wow” factor to draw my generation in. (and I’m thrilled that my church doesn’t rely on these things to be the hook)

My generation wants counter-cultural. Not relevancy.

The Gospel is relevant. It always has been. And as long as there is pain, frustration, disappointments, failed expectations, failed families, abuse, neglect, and a desire for a more beautiful reality, the Gospel will continue to be. But it’ll never be relevant because of the lights, sounds, and hipster tight jeans.

If we want to reach my generation, counter-cultural should be our aim. Not anti-culture. Not oblivious-to-culture. Not naive-to-culture. And not enmeshed with the culture. Jesus seemed to do this pretty well, living in culture among us (John 1:14), but he stood out because of his love and radical grace.

Therefore, I urge you, brothers and sisters, in view of God’s mercy, to offer your bodies as a living sacrifice, holy and pleasing to God—this is your true and proper worship. Do not conform to the pattern of this world, but be transformed by the renewing of your mind. Then you will be able to test and approve what God’s will is —his good, pleasing and perfect will. – Romans 12:2

My son loves when we read Curious George to him.  It’s one of his favorites!  But I read everything with a critical eye.  And while I don’t always appreciate that part of me, I just can’t turn that switch off and just completely read for fun.  I wish I could. 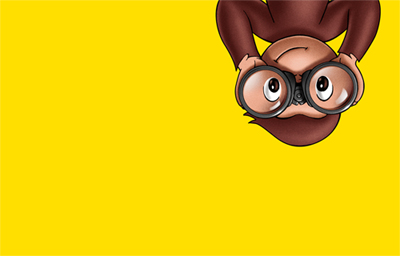 Yesterday, I told you about the bad parenting lessons I’ve learned from Curious George. (you can read that HERE)

But I’d be remiss to say there aren’t some great jewels of life wisdom here, too!  Even wisdom that leaders can glean.  To be honest with you, I never thought I’d be learning leadership lessons from a cartoon monkey.  But, alas…the life of a dad…

When you enjoy life, you help others to do the same.  At the end of every book, the entire cast of characters is smiling.  Not to say that life’s easy or fluffy or always happy, but looking for ways to enjoy the gifts and opportunities God’s giving you is infectious for everyone around you.

George’s goal throughout the series is to help people.  But in helping people, he often gets into big messes.  Before it’s all said and done, many people are frustrated with George.  Even those who love him the most (the man with the yellow hat).  Which is what you’ll sometimes, unfortunately, find in life.  Helping people change, grow, and deal with life is often messy and frustrating.  But I can’t even begin to tell you how it’s worth the frustrations.

Creativity is messy and chaotic, but at the end of the day, it’s worth it.

If you pursue creativity in life, things will get messy and chaotic.  Rarely will you find yourself in the middle of creativity and in the middle of order.  Just know, going in, that you’re going to have to put up with a bit of chaos in the creative process.  But at the end of the day, it’s worth it.  The insights, new directions, and “art” you’ll create through the process make it worth the effort.

Curiosity will get you in lots of trouble.

The more you poke around, question systems, and look for new ways of doing things, the more you will frustrate some people.  Because, often, it’s easier to leave the status quo untouched.  To assume you can “arrive” and be done growing and changing.  And the more you push for those out-of-the-box changes, the more you’ll frustrate those who are satisfied with keeping things the way they are.

Curiosity will lead you to lots of fun.

Children naturally gravitate towards creativity and fun.  But life has a tendency of breaking many of us of that.  Curiosity is a beautiful thing.  It leads to new discoveries and new adventures, as long as you’re willing to pursue it.  Don’t get so tangled up in details, systems, and processes that you forget to have a little fun along the way.  There’s an adventure around every corner if you’re willing to look.

Have you seen any of these lessons come true in your life?

If you’re looking for a small group, you probably wouldn’t like mine.

Based on the reasons above, would you want to join my small group?