6 truths I learned from a failed presentation 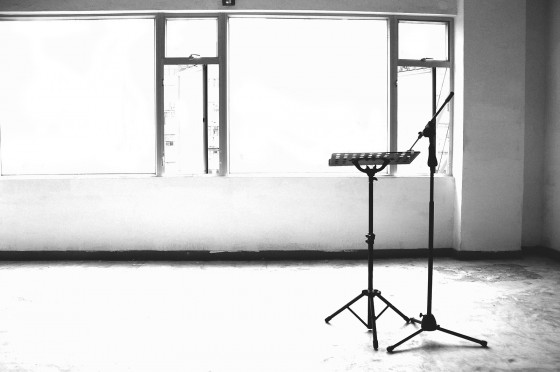 If you’ve ever done any amount of public speaking, you’ve had that moment when you step on stage and have a sinking feeling that says, “What in the world am I doing here?”

I had one of these opportunities just the other day. I was asked to give a presentation on a recent mission trip I led to Costa Rica. The trip was phenomenal. But in the same vein as every other post-mission-trip-story I, and you, have ever heard in my life, the gravity and beauty of the trip doesn’t translate once you’re off the field. Translation isn’t often hampered by a language barrier, though. It’s hampered because the people in the room weren’t there on the trip, they feel a bit guilty because they haven’t gone on a mission trip, they want to go on a future one but know they won’t, and they’re ready to get back to life as normal. As much as you, the mission traveler, try to engage through stories and pictures, the experience gets lost in translation.

I led off with describing a funny situation. Well…I thought it was funny. No response. So I pressed on. Dropped a few funny lines in about 5 minutes in. Nothing. About 3/4 of the way through my presentation, a cell phone went off right beside my podium. Turns out it was the president’s who was  presiding over the meeting. I made a quick-witted comment about it, which caused even me to give myself a little chuckle. No chuckle from the crowd, though. Two older guys in the back were literally sleeping. Alexander DeLarge himself sat front and center, his droopy eyes forced open against their will. A few guys were checking their cell phones, presumably because the president’s ringing phone reminded them they have some business to take care of. Things went sideways quickly, so I looked for as quick and graceful of an exit as possible.

It was through this process that I learned a lot about public speaking. Failed experiences can teach you a lot.

6 Truths I Learned from a failed Presentation

You can completely bomb, and life will go on.

I walked out of that presentation relatively unscathed. My pride was a bit scarred, but all-in-all, I was fine. My “worst fears” as far as speaking goes were realized…and I lived.

Sometimes your jokes will fall flat.

Just keep going on to your next point. Failed jokes, poorly executed initiatives, great ideas that never get off the ground…these will be normal occurrences. Take it on the chin and move on.

It’s a good source of hope knowing that if I bomb again in the future, there’s always next time. There will be other opportunities.

There’s more to life than being perfect every time.

Much more. An always-perfectly executed sermon/speech/presentation is nice…but that’s not reality. And expecting that every time just sets you up for being disappointed.

It’s not all about the money.

Especially when you’re not getting paid…and it bombs. Don’t take an opportunity just because they’re offering you money. And don’t turn one down just because they aren’t. (I know that that’s a generalization. Sometimes opportunities need to be turned down for other reasons…or accepted for monetary reasons because you need to provide for your family).

Failures can affirm God’s call on your life.

God’s call is sure, but it’s not easy. He never promises that life is going to be easy…but He does promise to always be with you. (Hebrews 13:5) Failed experiences cause you to evaluate your calling in life. I walked out of this failed experience as sure as ever that God has called me to do this. Strange, I know. But I received comfort as I examined my calling once again, reminding myself of what God’s called me to do and who He’s called me to be.

Failing at a public presentation is not the worst thing that can happen to you. Don’t let your “worst fears” keep you from doing what God’s calling you to do.

What’s been your worst experience with public speaking?

8 Leadership Lessons I Learned from Working in a Coffee Shop