5 Easy Ways to Pursue Excellence as a church

Excellence doesn’t have to be expensive. 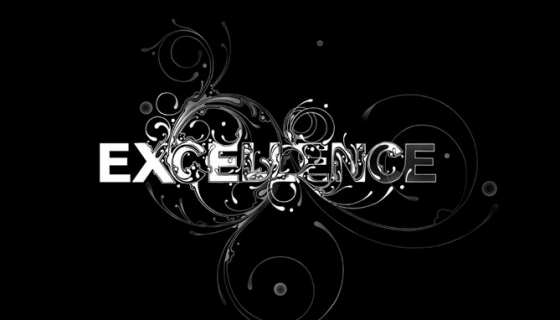 A common misconception is that excellence is expensive. That you’re going to have to expand your budget, buy new “toys,” and constantly be on the cutting edge to have a service that is accomplished with excellence.

In the church world, where I spend my time and energy, I’ve seen plenty of leaders let excellence slide because they don’t have financial resources to pour into gadgets, lights, sound equipment, video equipment, new mics, and flashy “stuff.” And while that “stuff” looks nice, it doesn’t, in any way, guarantee excellence.

Want to pursue excellence as a local church? Here’s how you do it.

Execute your order of worship relentlessly.

I was recently a part of a service that was not planned well.  The worship leader didn’t know the lyrics well, and there were lots of gaps between songs, announcements, and the sermon.  Planning the order in advance so that everyone involved can see all of the details is crucial.  Running a rehearsal, including announcements, any videos, and any other elements are seen by everybody involved (before the live service) helps ensure major mistakes don’t happen.

The more programs you offer, the more diluted each becomes. And the less “excellent” each is, because each takes significant amounts of resources (time, energy, volunteers, money) to do well.  The simpler, more focused your church is, the more excellent you will be in each area.

Take pride in what you do.

Look around you. Take note of the little things. It’s often the small, seemingly insignificant gestures that go miles in promoting excellence. Here are a few things we do at Grace:

If an aspect of your church isn’t working, it’s time to change things up. Allowing a program to hang around because “we’ve always done it…” pushes excellence right out the window.  Evaluating, improving, and constantly being willing to change things that are broken encourages excellence across the board.

If you feed something, it lives.  If you don’t, it dies.  Feed those actions, those habits, those strategical and forward-thinking moves that staff members and volunteers take.  When you feed those actions, they (and those they lead) will notice what your church values.  Thank them publicly.  Send them a note.  Throw them a party.  Celebrate steps in the right direction.

Are you serving in a church that pursues excellence?  What steps have you taken to get there?

What great leaders must do

The most powerful way to encourage attendance