Join me and talk small groups

I enjoy conferences. I think that they help leaders tremendously. I’ve written before about why I go and what I take.

Conferences get you out of your normal environment. They introduce you to new ideas from thought leaders that are in related, but not identical fields, and they give you a chance to dream. But you know what the biggest problem with conferences is?

I’m excited to tell you about an opportunity to attend a conference on the cheap.

If you’re attending, let me know…because I’ll be there, too. I’m leading a handful of sessions.

But even if I weren’t, this is a conference I’d be a part of.

I love this line that’s a part of the promo for the conference:

For any leader, creating trust is essential. 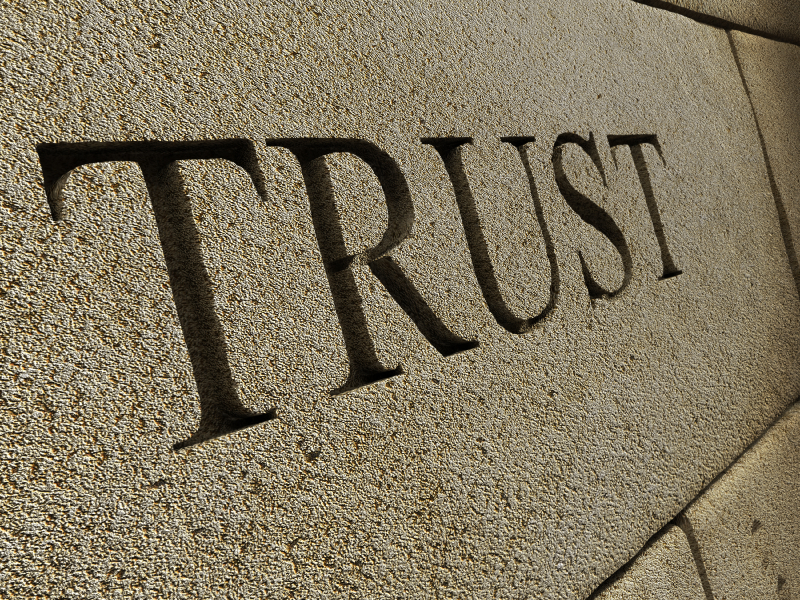 Merriam-Webster.com defines “trust” as “reliance on the character, ability, strength, or truth of someone or something : one in which confidence is placed.”  So creating that trust in relationships formed is crucial for the growth of the organization that you lead.  And when it comes to social media, trust is absolutely crucial.  Since you’re one voice among millions, you get one shot with potential followers.  One eye-grabbing tweet.  One game-changing blog post.  And if you don’t capture people there, you’ve likely lost them forever.  Hate it if you want, but that’s the game.

Without trust, people won’t follow you.  Well…they’ll follow you for a little while.  But positional leadership will only get you so far.  With trust, you can develop healthy, robust communities.

Trust is essential in building any relationship.  Social media is no different.

What am I missing?  How do you build trust?  Jump in the conversation HERE! 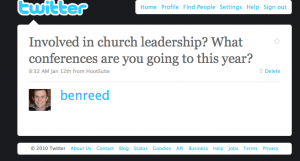 I was hoping to get a list of the conferences that people I know and trust are attending.  I did.  And the list was huge.  It included men’s conferences, pastor’s conferences, conferences close by, and others far away.  Some designed to equip you to be a better leader.  Others focused on spiritual growth.  Some were for men with funny accents.  Others for pastors whose last name ended in “Q.”  And still others designed for pastors whose wives graduated from a state university 2 years prior to their husband graduating from seminary.  And, I’m sure, all great conferences in their own right.

But a couple of people mentioned The Summit conference.  They said that small group experts were gathering together to talk through small group-related topics.  Since I’m involved in small groups ministry, I checked into it.

For budget reasons, I pick and choose the conferences that I attend with much discretion.

For ministry-related reasons, I pick and choose the conferences that I attend with much discretion.

For conferences-mean-I-get-further-behind-with-regular-work reasons, I pick and choose the conferences that I attend with much discretion.

For I-love-my-family-and-don’t-want-to-do-a-ton-of-traveling-if-I-can-help-it reasons, I pick and choose the conferences that I attend with much discretion.

I think that The Summit answers all of these reasons.

Quote from The Summit site:

These men represent decades of experience with small groups including the six basic types: free market, closed, open, organic, multi-group, and cell church. We’ll use a question-and-answer format to tap into their collective knowledge and give you real-world answers to your small group challenges.

I’ll be watching.  What about you?

The Validity of Virtual Community 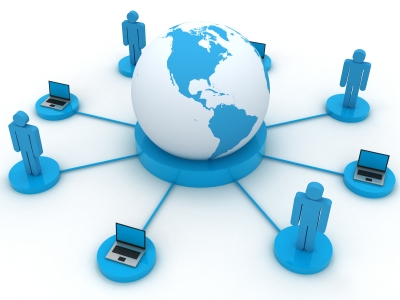 I’ve read the blogs.  I’ve listened to the arguments.  I had even tried it out…a little.

I would say that there has been some level of “community” developed for me through Twitter, Facebook, and blogs.  Community, for me, though, is one of those things that was always developed in person.  Sometimes it’s on a biycle, other times it’s with my small group, and other times it’s at a coffee shop with a few guys.

I unexpectedly experienced community yesterday morning after I read this update from Alan Danielson:

@alandanielson: I’m praying for NOW 10 more minutes. Reply with your prayer request or join me for live prayer via @TokBox

There was a link after the update, and I clicked on it.  There was Alan, sitting in front of his computer screen, praying for his friends.  I shared my request with him, and he prayed for me on the spot.

Alan then invited me to “hang on the line,” and he was going to invite some of his other friends into the conversation.  As the other 3 men joined, they began to share their experiences from their prayer time.  They, like Alan, had prayed for their friends during that 20 minutes, and invited people to share requests with them.  As they finished sharing their stories from the prayer time, they shared their own requests with the group.  I thought that it would be a bit cheesy, even cold-feeling because we were so far spread out across the country, looking at each other on a tiny screen.  But real, gut-wrenching requests were shared.  Nothing fake.  No masks.  No walls of separation.  Real, honest, vulnerable requests.  And it all happened while I sat in my office chair alone.

Never be lacking in zeal, but keep your spiritual fervor, serving the Lord. Be joyful in hope, patient in affliction, faithful in prayer. -Romans 12:11-13

I felt a real burden, prayed a real prayer, and was really encouraged after talking with these men.

What do you think of online community?

Is it real community?  Or is community only formed while sitting in the same room as the other person?