Priscilla Shirer spoke at Catalyst 2011 in Atlanta. She leads Going Beyond Ministries. She spoke on the danger of “sleeping” through life and wishing it away.

Her mom and dad once said to her, “You don’t live here anymore, but your stuff is still here. You need to get what you want by December 9th. On the 10th, we’re getting rid of it.”

This exercise ended up being a lot of fun to her.

There was a box full of old journals, and it was fun to interact with herself…the Priscilla from a decade ago.

As she read through her journals, she realized that she had effectually slept through long seasons of life, as she noticed that she had wished away and raced through so many years of her life.

Her life seemed to be marked by the statement, “I cannot wait until…”

“If I’m not careful, I will never be fully present and engaged in where I am right now because you’ll keep wanting what’s yet to come. I’d been sleepwalking through whole seasons of life.”

In Scripture, so many times people have been derailed from the plan that God has from them right now, and that God’s not left even though there are many interruptions.

“I don’t want to wake up one day and say, ‘Surely the Lord was there with me, but I missed him.'”

1. Our eyes can be open to God’s activities even in the midst of discouragement.

Luke 24:13-35, we see that a couple of guys have just had their plans interrupted. Jesus is the guy that they’re hanging their hopes on, and he’s just been crucified. They’re’ not sure that the rumors about Jesus being raised from the dead are true.

Your story might be about to change, but you don’t even know it.

Beholding is knowing something and seeing it with spiritual eyes even when others can’t.

“My sons love to swim, and we bought them goggles. But when they went underwater, they kept their eyes closed. They didn’t’ know that they had the equipment to see under water. And the same is true for us, because we have Jesus Christ.”

2. There’s a secret in going home.

Some of us believe that the pinnacle of our Christian experience is to be had in large gatherings and taught from the platform. But the pinnacle should be when you take what you learn in the pew and it makes a difference on the sidewalk in your community.

In this passage, there are 7-8 verses where the disciples are just talking. Something is wrong when you’re with God and you’re the only one talking.

There’s probably a part of your life that you don’t really care for and in which you’re being interrupted. But in those frustrations, listen for God’s voice and experience His power.

Are you ready to hear from God? 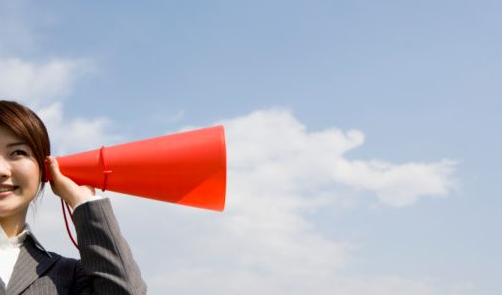 Looking but not listening

My wife said something to me the other day.  I was in the other room, so I didn’t hear her.

My wife said something to me the other day.  I was right beside her, doing something else, so I didn’t hear her.

My wife said something to me the other day.  I was looking her right in the eyes, and I didn’t hear her.

I feel dumb saying, “I know you thought we were engaged in a good conversation right then, and I was even nodding my head, but I have no idea what you said.”

Ever done that with God?

In our Bibles.  In podcasts.  Sermons.  Songs.  Through our friends.  Our small group.  Books.  Movies.  Creation.

He is speaking through success.  Through failure.  Through closed doors and open ones.

And yet we don’t listen.  We have no idea what God is saying, or calling us to do.

So how do we actually start listening to what He’s telling us?

How to hear God’s voice

Have you heard God speaking to you lately?

What’s He calling you to do?