Thought it was a pocket flashlight. Turns out it was pepper spray. Dumbest thing I’ve done in a long time.

Lots of people were wanting more details, so here you go.

So I was cleaning up the house, and in one of the drawers beside our entryway table, where we keep the phonebooks that we never use, I noticed this little device.  I had just given my son a flashlight to play with (not even 5 minutes before that) so that I could get the work done (it’s so hard to clean anything when a 20 month old is running around the house).  I thought, “Hey, this flashlight is smaller.  He’ll love this one…but does it work?”  I found the button that I thought turned it on, and pushed it.  Seriously, this thing looks just like a pocket flashlight.  But when I pushed the button, red juice came out.  I thought, “Don’t think this is a flashlight,” and immediately realized that the red liquid on my hand (because the nozzle was facing downwards) was pepper spray.  “I don’t remember putting this in here” was immediately followed by coughing and burning eyes.

For a solid hour, my whole family was coughing.

Pure stupidity on my part.

But the thing really looked like a pocket flashlight. 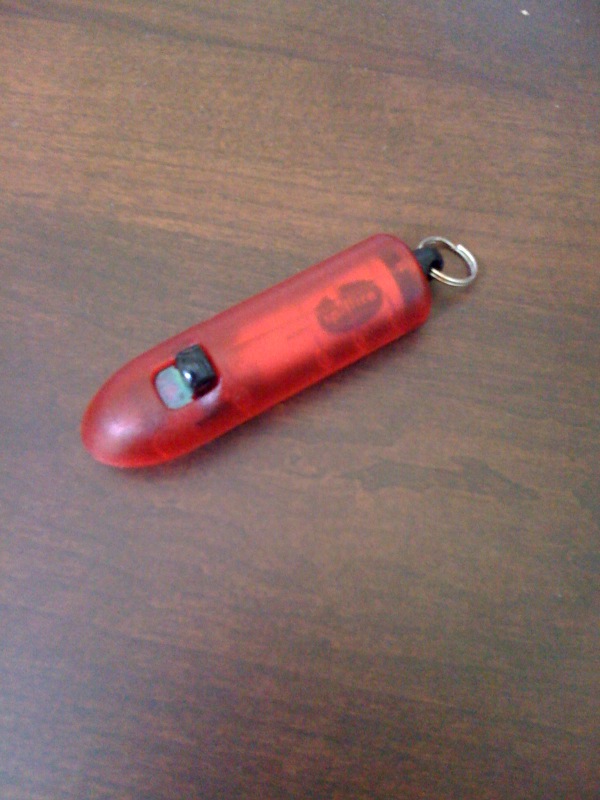