Why we love the underdog

I’m a Cincinnati Reds fan. And I’m a Tennessee Titans Fan. And I root for the UT Vols. Which means I’m always a fan of the underdog.

My team tends to be the one that Vegas says, “Bet against.”

As a Reds fan, I grew up in “The Nasty Boys” era: Norm Charlton, Randy Myers, and Rob Dibble, the three-headed closing pitching monster that did the heavy lifting in the late innings for the Reds in the late 80s/early 90s. Throw in a little offensive power like Erik Davis, Chris Sabo, and Paul O’Neill, and you’ve got a lovable losers team worth rooting for.

Even with all of that, they were the underdog in the 1990 World Series against the A’s. Which made their sweep of the A’s even that much sweeter.

And don’t we all love rooting for the underdog? It’s no secret that our culture loves movies like Remember the Titans, The Bad News Bears, and Rudy. We love shows like The Biggest Loser. Because there’s a part of us that wants the “unlovable” guy to win. That wants the big bully to lose.

But why do we really love the underdog so much?

Because we are the underdog. 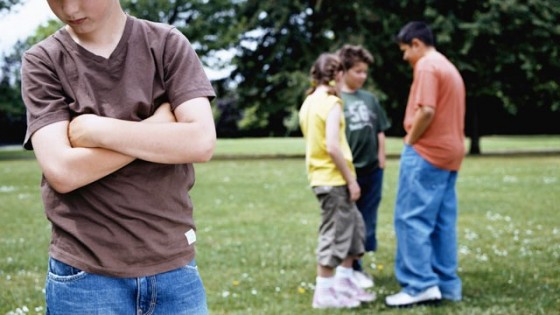 In life, we feel like we’re the guy at the bottom.

We are the underdog

We’re not any different spiritually, either.

Spiritually speaking, we’re the underdog, too. The Bible says that we are

The Bible paints a picture of us not of ones who are on top of the heap, righteously fighting for the good of our souls. We’re made out exactly the opposite. And if we’re honest with ourselves, doesn’t life feel like this? As much as we try, we feel further from God. As hard as we work, life still doesn’t make sense. As much as we want to do the right thing, we stumble into the wrong thing. We’ve never drifted into doing the right thing. We continuously drift into that thing that we don’t want to do. (Romans 7:19)
The Bible doesn’t paint a picture of us that we haven’t seen before. We look at it in the mirror each and every day.
We love to root for the underdog because we are the underdog.
Which makes the grace of God that much more beautiful.

I will set out and go back to my father and say to him: Father, I have sinned against heaven and against you. I am no longer worthy to be called your son; make me like one of your hired servants.’  So he got up and went to his father.

“But while he was still a long way off, his father saw him and was filled with compassion for him; he ran to his son, threw his arms around him and kissed him.

“The son said to him, ‘Father, I have sinned against heaven and against you. I am no longer worthy to be called your son.’

“But the father said to his servants, ‘Quick! Bring the best robe and put it on him. Put a ring on his finger and sandals on his feet.  Bring the fattened calf and kill it. Let’s have a feast and celebrate.  For this son of mine was dead and is alive again; he was lost and is found.’ So they began to celebrate. – Luke 15:18-24

It’s time we embrace our weaknesses. And turn back to the God who saves the weak, the dead, the dumb, the blind, the maimed, the bleeding, the wicked, and the wanderers. And find He’s running towards us with open arms.

The Tennessee Titans missed the playoffs (thereby breaking my heart) again this year for a number of reasons.

But it wasn’t because of the coach, Jeff Fisher.

Or the running back, Chris Johnson.

Or the CB, Cortland Finnegan.

None of the above were reasons that the Titans missed the playoffs.

Equally, there are many important aspects of group life that don’t contribute to the death of a small group.

5 problems that don’t necessarily lead to the demise of a small group:

1. I’m the group leader, and my group members know more Scripture than I do. A small group leader doesn’t have to be the most spiritually mature person in the church.  They do need to be increasing in their love of God, and in their love of people. (Luke 10:27) But just because they can’t reel off the reference to the time when Josiah was made king doesn’t mean that their group is going to fail.  Why?  Because the goal of a small group isn’t simply increasing in biblical knowledge.  It’s taking steps of faith together.

2. I think we picked the “wrong” curriculum. A good group knows when to put down a bad curriculum.  A good group also knows how and when to change and/or throw out unhelpful questions.  If you’re a group leader, and are worried about the curriculum, don’t sweat it.  Pray, ask for wisdom, then choose a curriculum.  It won’t kill your group.

3. We just don’t have a big enough home. Our home is not huge.  It’s ~1,200 square feet.  Yet we managed to consistently pack 20 folks in for our small group meetings (which is probably too many people, but for some reason, we just kept growing throughout the life of our group).  The size of your home doesn’t lead to the failure of a small group.

4. We lost 3 couples! Sometimes, people quit on you.  Maybe they move away.  Maybe they were offended by the Gospel.  Maybe their work schedule changed.  For whatever reason, though, people will leave your group.  But that just gives you the opportunity to spend more time investing in the folks that are still sticking around…and also gives you room to invite new folks!

5. Our group leader has committed moral failure. Since small groups are not a top-down, pyramid structure of leadership, if the leader stumbles into sin (which I have seen happen…small group leaders are surely not immune from temptation), the group doesn’t necessarily fall apart.  Since responsibilities and leadership are shared among the group members, others step right in and continue leading the group.  Trust among group members has been built, so that it feels natural when another group member steps up to begin leading the discussion.

To see some factors that do lead to the death of a small group, click HERE.

Have you seen a small group survive through any of the above?

In vogue right now is the idea that small groups are dead.  They don’t work.  They never really did.  They don’t help anybody grow.  They’re boring, lifeless, and out of step with the culture.  They’re not missional.  They’re not disciple-producing.  And the church needs to move on to something better.

Do I believe that small groups are dead?  Nope.

Your small group may be dead.  But small groups as a whole are far from lifeless.

Making a blanket statement against the validity of small groups may be sexy.

But I think it’s unfair.

My small group is working.  And I know of small groups around the country that are producing disciples in unprecedented numbers.

This week, I’m going to give you a few reasons why small groups fail.

Some of them may shock you.

Some of them you may have done yourself.

But knowing where the problem areas are in small groups helps us to guard against them.

And knowing is half the battle. (GI Joe fans, you’re welcome.)

What factors have you seen contribute to the failure of a small group?