7 Truths about encouragement I learned from the gym

I started working out at the gym a couple of months ago. CrossFit is my deal. I find it much more enjoyable…ahem…as *enjoyable* as lifting weights can be.

It’s a combination of lifting weights, aerobic activities (running, rowing, etc.), jumping/climbing, and gymnastics-type moves. Whereas normal weight-lifting can get boring through repetitive movements, I’ve never once been bored.

As I was finishing up one of my runs just the other day, rounding the last corner before the mile run was over, I was about to go into cruise control. The last 400 meters were going to be easy, I thought. I was a sizable distance behind the next runner, and…who cares? It’s just a run…I don’t have to win this. 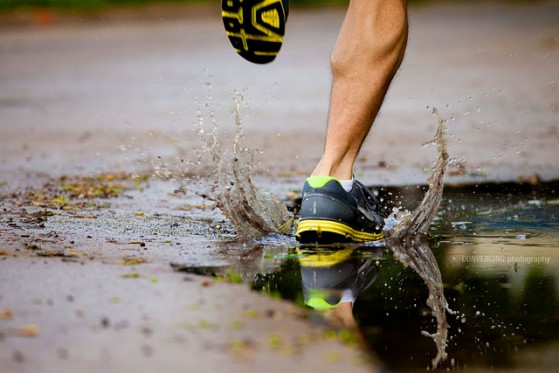 Until one of the coaches barked a word of encouragement my way.

I didn’t see it coming. I had already pushed the cruise button. I had taken my foot off the gas and was ready to coast. But the coach jarred me back to the grind. When I was tempted to coast, I was reminded to work even harder.

There have been a number of times where I’ve been directly encouraged. Sometimes it’s been in a cheerleading-type, “Way to go!” way. Other times it’s been a more constructive, “If you’ll just change ____, things will be easier” way.

In the process, I’ve learned much about how encouragement works.

1. Encouragement speaks things into existence that are not yet.

Am I good at working out? I don’t know…ask my stick arms. But they won’t be stick arms forever. Encouragement sees things that will be, based on trajectory instead of current circumstances. It focuses on potential, not only current reality.

When I’m ready to quit, a word of encouragement gives me a burst of energy. It breathes a bit of life into my fatiguing body. Encouragement is the breeding ground for hope, where none currently exists.

I feel a closer connection with those that have given me a timely encouragement. I feel like they believe in me when I didn’t even believe in myself. And I’m convinced that relationships are an under-valued key in so many areas of life. Especially decision-making.

I felt a surge of adrenaline when I heard, “You can do it, Ben!” When you encourage someone, your words help carry someone a little further. Even when you’re trying to climb a couch.

5. Encouragement tells you what can be.

Encouragement tells me that I could be better than I am right now. That I could run a bit faster. Lift a bit more. And not give up. Encouragement helps close the gap between the deficiencies you see in yourself right now and the picture of who you could be in the future.

6. Encouragement communicates, “I believe in you.”

Strange and twisted, no? Sometimes, I just want to give up. My body’s tired and my mind is mush. I’d rather throw in the towel for the day. But when I press through, I find potential that I didn’t know existed. “When you feel like you’ve used every ounce of energy you possess, you’ve still got extra reserve you can draw on,” my friend told me. Turns out he was right. And I hated him for it. 🙂

You’re an influencer of someone. Maybe you’re a pastor. Or a banker. Or a small group leader. Or a dad. Or a coach.

Those you lead can’t continue to do what God’s called them to do without a timely word of encouragement. Daily.

You’re also influenced by someone. Maybe your pastor. Or your banker. Or your small group leader. Or your dad. Or your coach.

Those who lead you can’t continue to do what God’s called them to do without a timely word of encouragement. Daily.

Genuine encouragement is a gift you can give.

But encourage one another daily, as long as it is called “Today,” so that none of you may be hardened by sin’s deceitfulness. – Hebrews 3:13

Who needs your encouragement today?